Board Advisor – RICHARD A. HUEBNER 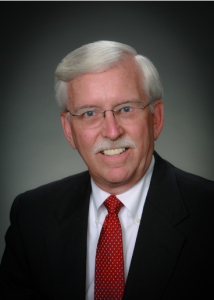 Richard A. Huebner recently retired after an illustrious 44 year career in association management.

Huebner received a Bachelor of Business Administration degree from the University of Wisconsin – Madison. He has done graduate work at the Amos Tuck School of Management at Dartmouth University and is a Master Graduate of Discover Leadership Training. He is Past Chair of Leadership Houston, a graduate of the Center for Houston’s Future and a Senior Fellow of the American Leadership Forum.

He rose quickly in his career to become executive director of a major international organization at the young age of 26. During his 12 years with that organization he also founded and served as president of Virginia Collegiate Services taking it to its first year in $1 million annual sales. As president, he led the Charlottesville-Albemarle Jaycees to become the leading chapter in the nation among over 9,000 chapters at the time and represented the United States in international competition.

Huebner currently serves on boards or advisory boards of Memorial Hermann Hospital Katy, Asian Chamber of Commerce, Allegiance Bank, Houston West Chamber of Commerce, University of Wisconsin School of Business, Small Business Today Magazine, World Chamber of Commerce, and as an advisor to Houston Mayor Sylvester Turner. He is an active Elder at Grand Lakes Presbyterian Church and a Trustee of the Leadership Houston Foundation. He volunteers his time regularly in consulting a number of businesses and organizations.