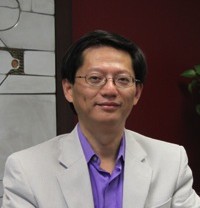 Tom Ren founded Global XLR in 2012 based in Houston, Las Vegas and Suzhou.  The company’s mission is to provide best in class tools and services for suppliers and buyers.

Prior to Global XLR, Tom Ren founded AECsoft USA in 1999, founded AEC Global (Shanghai) in 2007 and served as Chairman and CTO for both companies until January 2011 when the companies were acquired by an NASDAQ-listed e-procurement software company.  Mr. Ren spearheaded the creation of AEC’s flagship products including the Total Supplier Management System, Supplier Diversity Management System and eSourcing System. These software products have been licensed to hundreds of Fortune 1000 companies and government agencies to automate their supplier management and sourcing processes.  In October of 2010, Gartner Group ranked AECsoft’s Supplier Management System as the highest scored supplier information management system in the entire world.

Mr. Ren has dual Masters degrees in Physics and Chemical Engineering from the University of Houston. Prior to that, he attended Shanghai Jiao Tong University and Nanjing University in China. Tom has several inventions and a US patent and received the US Pan Asian Chamber of Commerce/Wells Fargo “Asian Business Leadership Award” in 2005.

Tom’s article was published on MBNUSA.biz – How to Get Value from Supplier Registration Portals

Tom’s new company Global XLR develops tools and services (Supplier.Bid) to better connect buyers and suppliers. His key interest is in helping to promote Supplier Diversity — Minority, Women or Veteran-owned businesses, etc. On the show, we talk about how Tom uses LinkedIn and WeChat to spread awareness of how he can help get startups into big box stores like Walmart and Target. Tom breaks down how underrepresented business owners can get a BIG break by using a little-known tactic. If you are a business owner, you do not want to miss this episode of “Get Notified”!